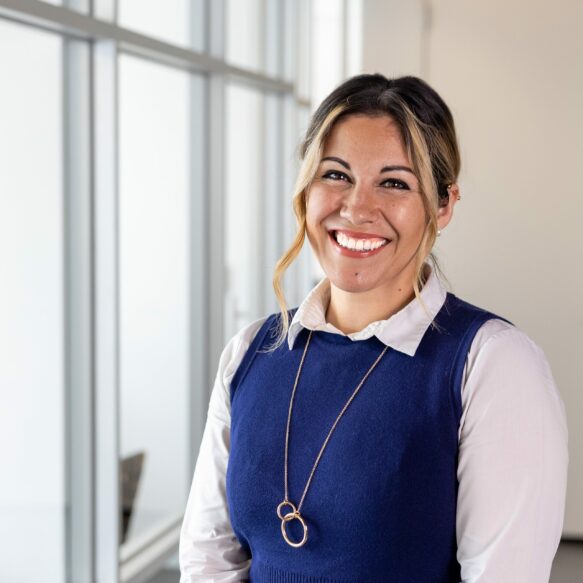 Jessica Martinez is a first-generation Latina whose skills range from blue collar work and the service industry, to a sophisticated understanding of the technology, telecommunications, and media policy environment in Congress and the Executive Branch. Throughout her career, Jessica has worked with a broad spectrum of stakeholders, from tech and media companies to public interest advocacy organizations, navigating the policy arena to highlight and resolve tough issues before Congress and the Federal Communications Commission.

Most recently, Jessica served as Deputy Chief of Staff and Legislative Director for Texas Congressman Marc Veasey where she managed the Congressman’s legislative team and advised him on technology, telecommunications, media, and cybersecurity policy for his work as a member of the House Energy and Commerce Committee and the House Armed Services Committee. Jessica helped to draft and introduce multiple pieces of legislation, including bills to address the struggling local news industry, improve cybersecurity capabilities of the military, and prevent disruptions to the Universal Service Fund. Jessica also assisted with the development of new federal programs including the Emergency Broadband Benefit Program, which connects vulnerable Americans to broadband internet. As a result, she received the Tech Innovadores award from the Hispanic Technology & Telecommunications Partnership for her efforts to advance game changing solutions that promote equity, civil rights, racial justice, and digital opportunity for all.

Jessica previously served as the Outreach and Member Services Coordinator for Energy and Commerce Committee Democratic Staff where she was responsible for managing relationships with Members and staff both on and off the committee. While on the Hill, Jessica served as the Communications Director for the Congressional Hispanic Staff Association and developed a strong network with Latinx staffers and allies.

In addition to her work on Capitol Hill, Jessica served as Special Advisor to then Federal Communications Commission (FCC) Commissioner Jessica Rosenworcel, who now serves as the FCC’s first permanent woman Chair. As Special Advisor, Jessica represented the office on panels related to smart communities and economic mobility and educated stakeholders on small satellites and spectrum policy. She was also the office lead for House congressional affairs.

Originally from Utah, Jessica holds a B.A. in French and International Relations from the University of Utah. She currently serves as a Board member of the Latina’s in Tech – DC Chapter.